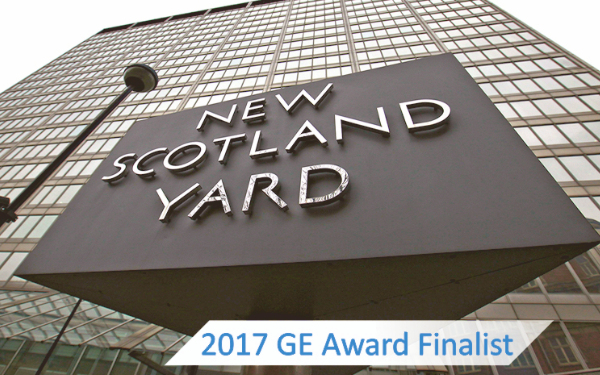 Above – CGL developed a technique to safely investigate old vaults at the site of New Scotland Yard using LIDAR (Light Detection and Ranging) removing the need for man-entry.

CGL’s challenging work beneath New Scotland Yard in London was shortlisted for the 2017 Ground Engineering Award – Ground Investigation Project of the Year up to £500k.

New Scotland Yard, the previous headquarters of the Metropolitan Police, is undergoing a £1bn redevelopment into a mixed-use development of six towers, 14-20 storeys high. In addition, the existing single storey basement is to be extended to three basement levels.

The award judges commented the project showed an “excellent review of the challenges presented when working in a difficult ‘live’ environment. Innovative use of LIDAR for vault investigation. Enthusiastic team!”

A detailed phased ground investigation was required to provide geotechnical design information on the underlying soils to allow foundation and basement design for the new development.  Additional it was necessary to prove the accuracy of the as-built drawings for the existing structure such that the proposed design for the future foundations could be accurately integrated with the existing.

Phase 1 of the investigation works needed to be undertaken while the existing building was still fully operational, highly visible to the public and media, without hindering access for building users and within stringent security controls. The main aim was to find the condition and position of the existing piles, confirm the underlying deep ground conditions, and investigate the presence and structural condition of historic vaults surrounding the existing basement.

The ground investigation was carried out using a series of cable percussive boreholes with planned depths between 46m and 68m.  Some boreholes were made from ground level, drilling through the basement and requiring complex planning and propping of the rig loadings, while others used a reduced height drilling rig setup in the basement itself.

Structural investigations by CGL involving openings in the basement walls and floor slab which identified the as-built foundation drawings were not accurate.  Openings were made using diamond drilling and coring which found the slab was significantly thicker than expected, between 0.8m and 1.0m thickness across the site. Critically the locations of the existing piles proved the as-built drawings to be unreliable and allowed early redesign of the proposed new structures, avoiding later delays and costs. 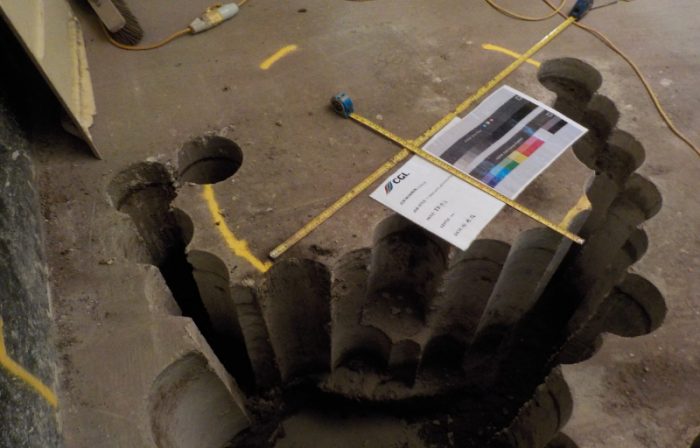 Stitch coring through up to 1m thick reinforced slab in order to survey and core pile samples for strength testing and critically to confirm accuracy of as-built drawings.

Historic maps and drawings showed that vaults were once present around the perimeter of the building, but no records existed of their final condition. Opening the vaults from above to investigate them had numerous safety and management risks so CGL developed a “keyhole” technique of horizontal coring through the basement retaining wall before then inspecting the vault interior with borescope and remote video equipment (together with assessment of explosive gases and other hazards).  Upon completion of the inspection a LIDAR (Light Detection and Ranging) scanner mounted on a special mobile camera boom would be inserted horizontally through the opening and a completed scan of the interior completed remotely with follow-on 3D modelling and integration into CAD and BIM models for the project. This technique is safer and quicker than man-entry to the vaults and can be adapted for a number of other purposes where man entry is not advised, including investigation of natural and man-made voids.

Adam Branson, Principal Engineer, said “This project had a unique set of challenges – ground investigation from within a confined basement in an operational building, with extreme security arrangements and prominently in the public eye. Working closely with all stakeholders was crucial. We found innovative ways to deal with challenges like the floor slab thickness and drilling adjacent to the famous sign. Ultimately, we enabled our client (BL Development) to reduce risks and shorten the project design time, making significant savings in cost and the project programme.” 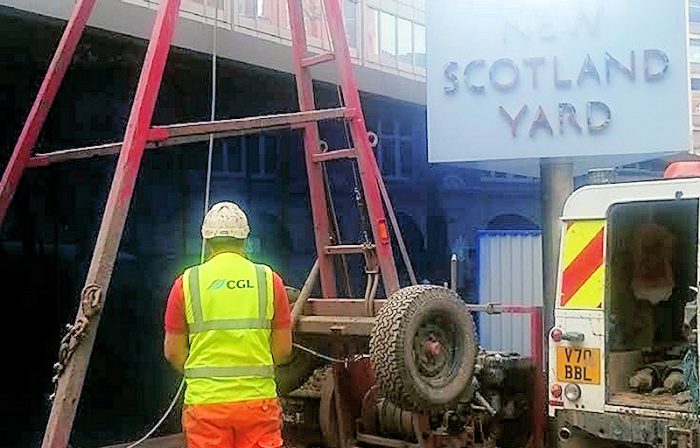