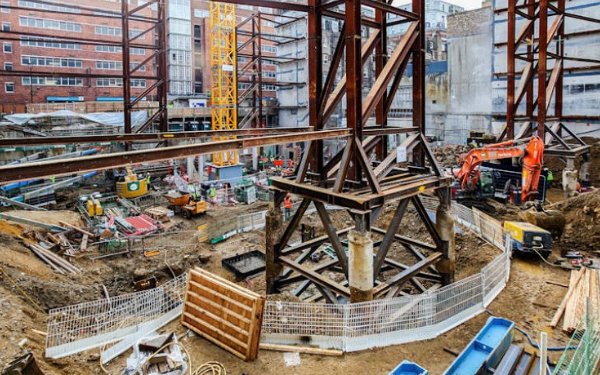 CGL, Galliford Try and Furness Partnership were shortlisted by Ground Engineering Awards for UK Project with Geotechnical Value between £1-3m for our temporary works design at Seymour Street in London.

This major redevelopment began with demolition of the former Marylebone Police Station for a new mixed-use scheme. The new development will have seven storeys with a 10m deep double storey basement across the entire footprint. Fragile Victorian listed buildings border the site and the surrounding areas are prone to movement.

CGL supported Galliford Try for the £50million project with pre-tender outline designs, regulatory approval support, plus design of the perimeter support systems and temporary works during excavation and basement construction. 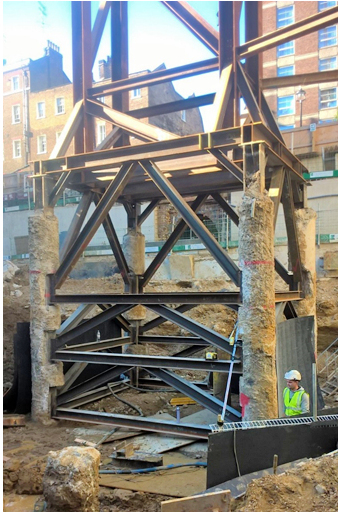 The terraced buildings were bookended using the existing concrete lining walls and supported by four large steel towers. These towers were erected during demolition to support neighbouring party walls were on mini piles that potentially clashed with the position of the new RC transfer structure in the permanent works design.
Furthermore, 3m deep attenuation tanks were required to be located under the deep basement and less than a metre from the tower bases. CGL developed a strategy to re-support the demolition towers, with a very fine tolerance for movement, so that the RC grillage and mini piles could be removed and the main construction could take place. CGL also provided the primary temporary works designs for walers and props to support the perimeter retaining wall during construction including calculations of load forces and support geometries that allowed minimal obstruction to piling whilst maximising working space on site.

CGL has provided considerable value engineering by rethinking original proposals. By changing the scheme from an underpinned design into a piled design, this saved months on the construction programme and reduced construction risks.

The judges commented “The project was strong on innovative design to overcome a significant geotechnical challenge and demonstrated very strong delivery of value and quality to the client.” 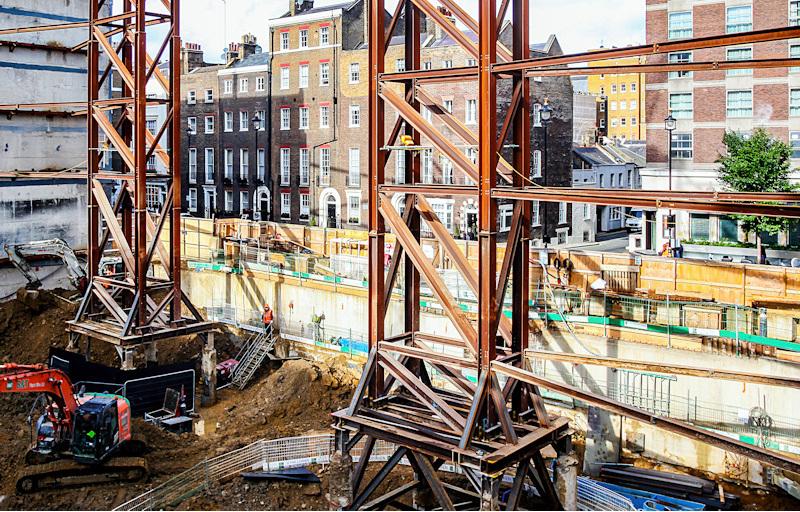 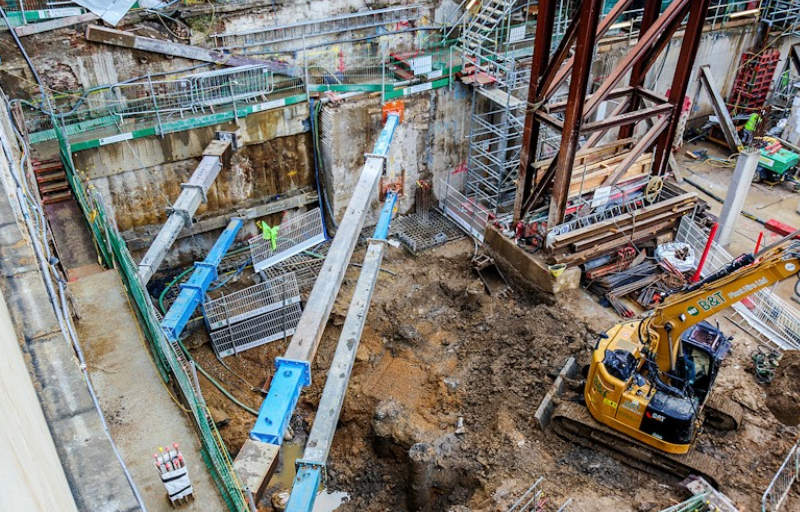 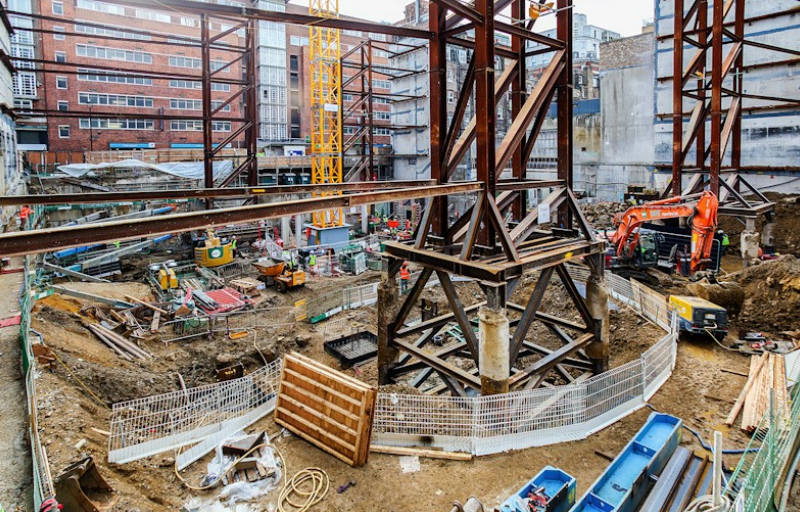 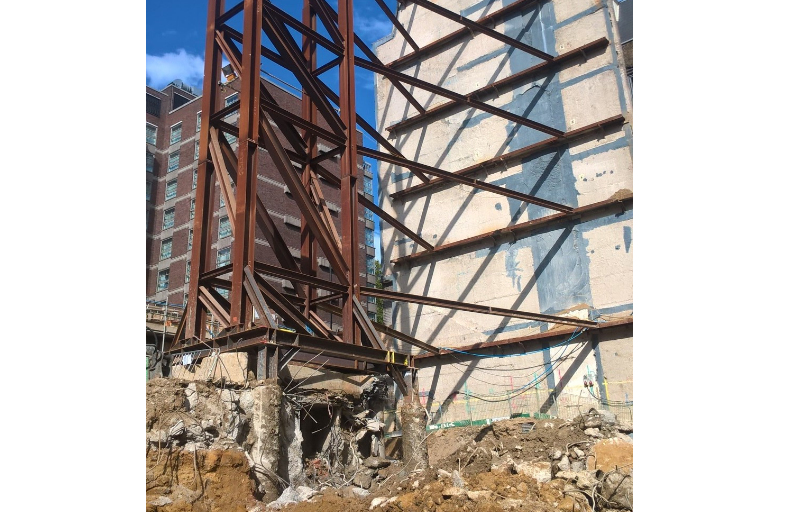