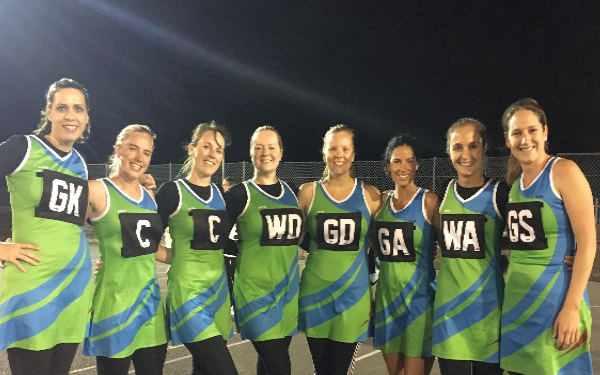 CGL were quick out of the blocks in their first Wednesday (20th September) night fixture of 2017/18 season, which saw the very welcome return – from a maternity enforced break – of Leigh De Klerk, Laura Dean, Shannon Holmes and Zanna Bolton! They began the game like they had never been away, with Bolton and De Klerk immediately reconnecting and proving a handful for the Laurel Park defence. A turn over off the first centre pass set the tone, with the defensive unit of Dean, Katie Sanford and CGL player of the match Jane Rees starting strongly and making it difficult for the Laurel Park attack to penetrate the goal circle. CGL gradually pulled away to end the first quarter up 11 – 4.

Laurel Park regrouped at the break and fought back as they attempted to bring the score line back level. Defensively they really stepped up with Charlie McDonagh, Hannah Edmond and their player of the match Holly Walsh all taking key interceptions. However, both teams were struggling to convert their possession into goals and the second quarter was drawn at four goals apiece. CGL entered half time leading 15 – 8.

Laurel Park started the third quarter brightly by gaining possession off the CGL centre pass. With some excellent movement and passing by Jade Ballinger and Jodie Penny into shooters Julie Larcombe and Shelli Read they were able to score the first two goals of the quarter. CGL responded with midcourters Lauren Mallins and captain Sarah Key and the defensive unit (Holmes, Sanford and Rees) applying significant through court pressure. This enabled CGL to successfully disrupt Laurel Park’s play and regain the momentum, scoring a number of unanswered goals with CGL shooters Bolton and De Klerk really finding their range and impressing. By the end of the third quarter CGL had established a 23 -11 lead.

Laurel Park changed their attack and defence for the final quarter bringing on Lucy Cousins into the goal shooter position and Laura Corscadden into the defence. The changes had an immediate impact on the game with CGL having to adjust to a new style of play. The last quarter went pretty much goal for goal, with CGL just edging it seven goals to six and taking the match 30 – 17.