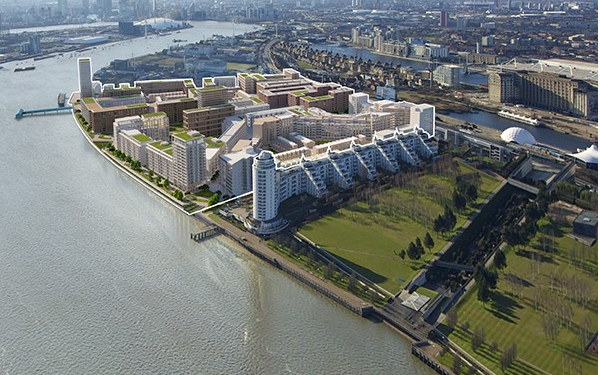 CGL’s teams at Exeter and Godalming have worked extensively on the remediation of a former Fuel Depot located on the banks of the River Thames and River Wandle at Wandsworth Riverside Quarter, London. The site is being redeveloped for residential use and the project is now CGL’s longest running scheme, having been active for over 15 years.

CGL has advised the client, Frasers Property Developments, since 2001 on multiple phases of the development.  Following the remediation and removal of the hydrocarbon plume at the site, the most recent works have comprised the classification of soils in accordance with WM3 for reuse under the Definition of Waste: Code of Practice to minimise the volume of soils entering the waste stream.

The final development phase is now underway and CGL is due to finalise involvement in the scheme later this year once the freehold transfer has been signed off.  The final phase of development currently includes the excavation of a double storey basement beneath a proposed 20- storey tower which will be aligned along the River Wandle.

Through the life of the project CGL has maintained close working relationships with the regulatory authorities including the Environment Agency and Wandsworth Council.