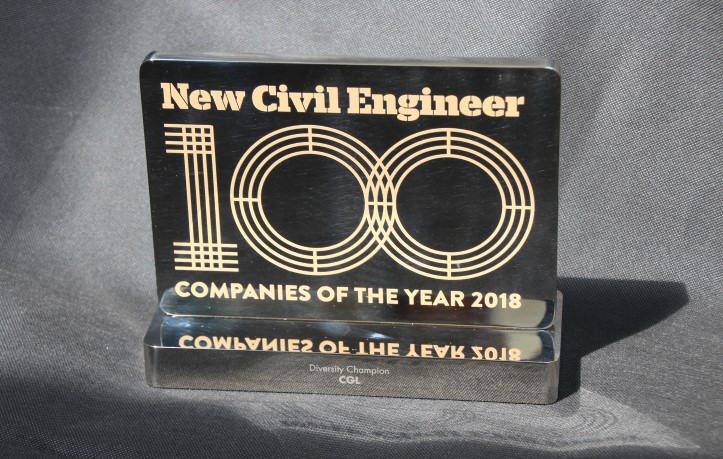 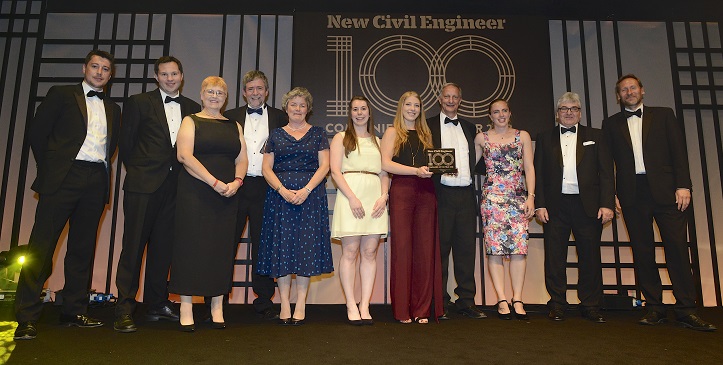 CGL is excited to be, once again, an NCE Top 100 company.

Not only were we shortlisted for the Talent Champion and Excellence in Urban Living categories this year but we were particularly delighted to win the Diversity Champion award for our work on gender equality and as an SME for others to benchmark themselves against.

On the night CGL staff were joined on stage for the presentation by the recently appointed Non Executive Director Sarah Harkness, further emphasising the company’s commitment to modelling the role of women at all levels within the construction industry.

The award marks a decade of CGL’s work with WISE and its predecessor UKRC to promote diversity in the construction sector and its broader contribution to the work done by WES and the Royal Academy of Engineering.

Chairman Nick Langdon commented on LinkedIn that the award is a “tremendous vindication” of the work done by CGL that an SME can so significantly contribute to the important issue of diversity in the construction industry.

“At a time when supply chains are increasingly scrutinised for evidence of their work on this highly topical challenge, such proven and longstanding commitment to achieve diversity can only enhance the design and construction teams that we belong to”, he added.