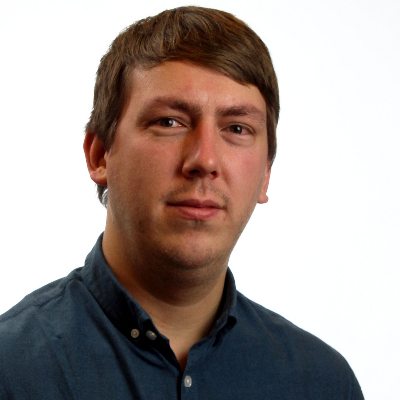 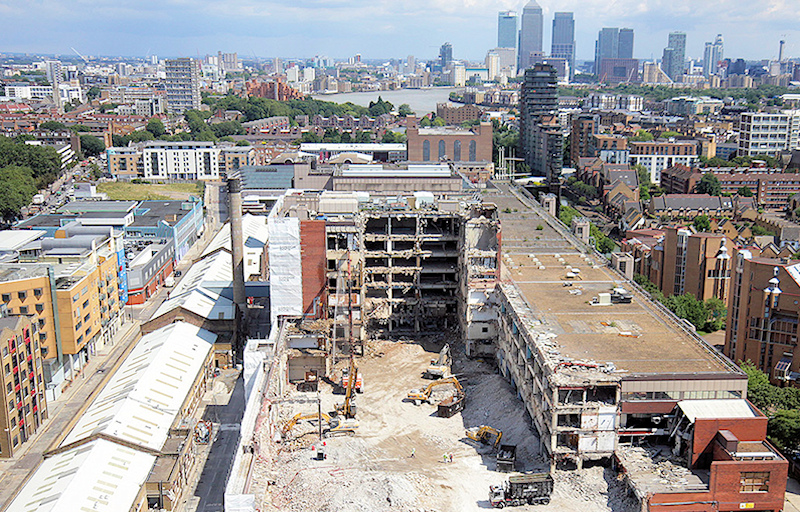 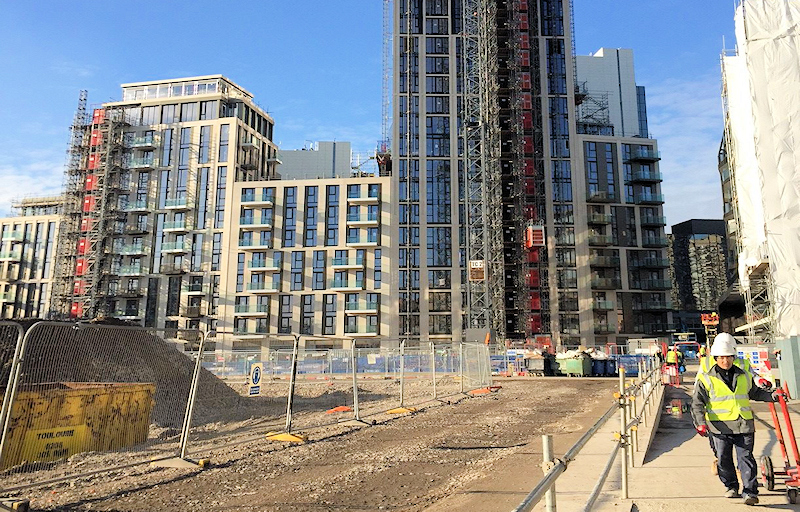 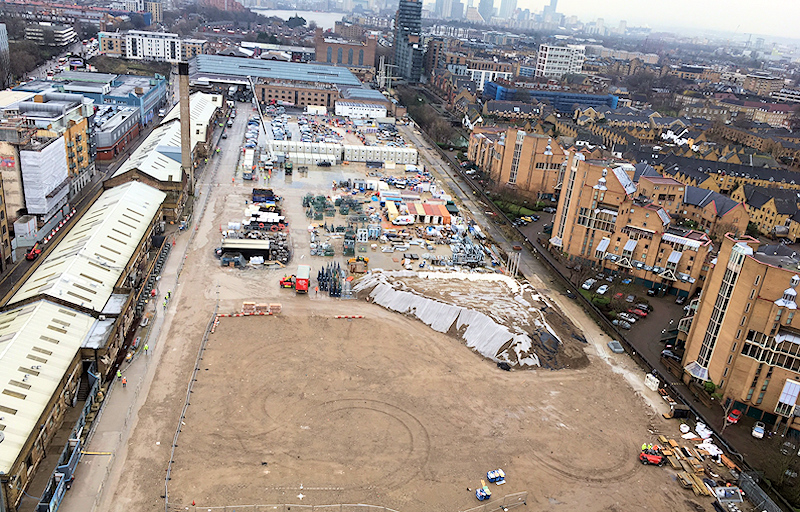 Redevelopment of former dock and printworks

CGL was commissioned to undertake a combined geotechnical and geoenvironmental site investigation to support the planning application and detailed design for the proposed development at the historically and geologically complex London Dock site in Wapping, East London.

The proposals for the 15-acre site include demolition of the former News International print works and construction of a mixed-use, predominantly residential development. This will include 1800 new apartments, offices, restaurants, shops and a school within twelve multi storey buildings and a one to two storey basement across the footprint of the site.

The historical development at the site had a significant influence over both the ground conditions and potential for contamination at the site. London Dock was constructed in the early 19th century at the hub of the London docklands, and included several associated
warehouses with underground vaults. The construction of the News International print works in the 1980s included the backfilling of the dock and vaults, resulting in a substantial thickness of Made Ground across the site and extensive below ground obstructions, including the 11m deep dock wall and deep, large diameter piles associated with the former print works.

The geological and hydrogeological conditions beneath the site were also complex, with the full sequence of the London Basin geology including superficial alluvial and river terrace deposits over the bedrock geology of the London Clay Formation, the highly variable Lambeth Group, Thanet Sand and Upper Chalk. Several groundwater bodies were identified within the superficial and bedrock aquifers, with shallow groundwater levels influenced by the buried dock wall.

CGL’s detailed understanding of the ground model allowed us to support the developer and its structural engineers to overcome the geoenvironmental and geotechnical challenges at the site. CGL engineers provided detailed recommendations for excavations, retaining walls and groundwater control measures for the design of temporary and permanent works for the proposed basement, together with recommendations for piled foundations, floor slabs, concrete design, waste disposal and soil reuse options. CGL supported the planning application for the site, providing contamination risk assessments including detailed ground gas risk assessments and a remediation
strategy.

Since construction of the development began, CGL has provided further support in the form of remediation supervision and verification reporting for discharge of planning conditions applicable to the contamination. CGL has also undertaken additional investigation in specific areas as the development progresses to confirm waste disposal requirements and provided geotechnical assessments for potential impacts of the basement on surrounding properties and assets, including a Thames Water sewer, gaining agreement with stakeholders.