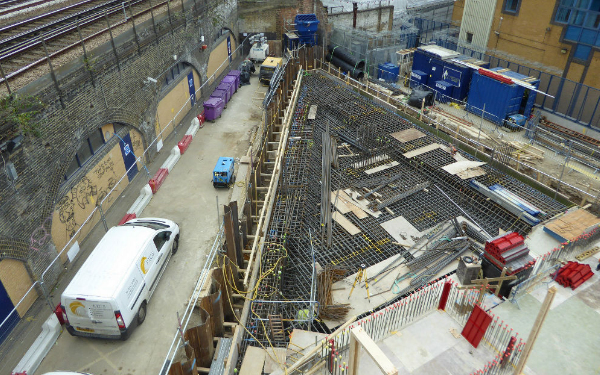 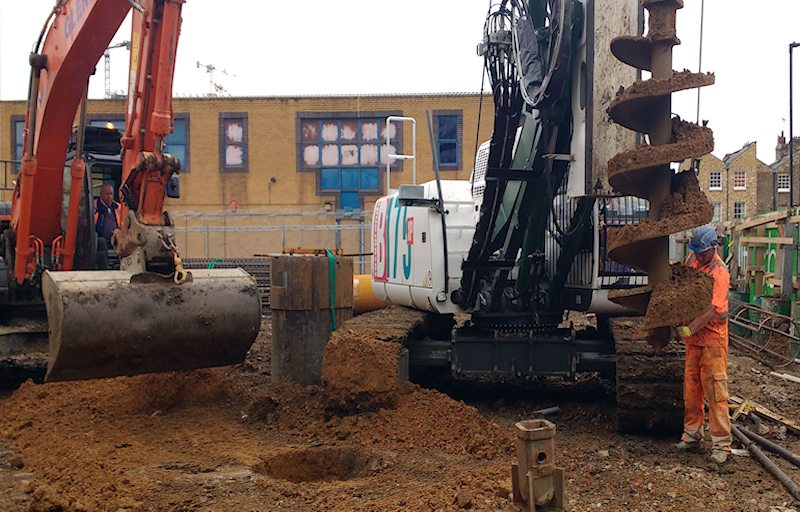 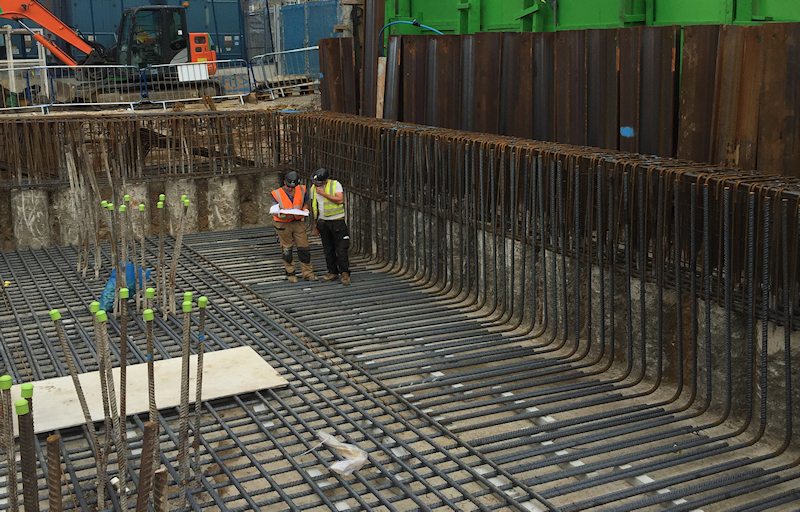 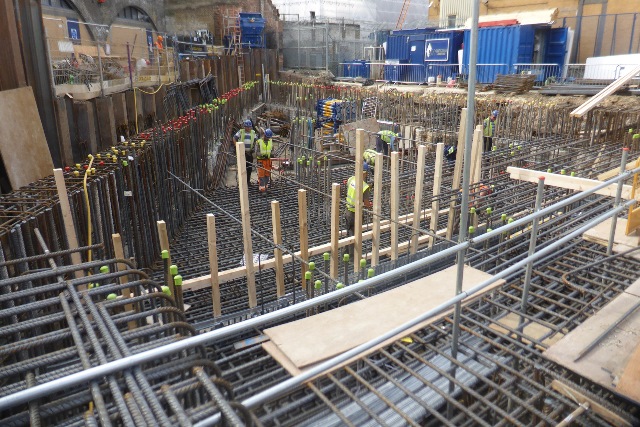 Feasibility study, design and specification for a piled raft foundation

Urbanest is redeveloping a ground level car park at 5 Miles Street in Vauxhall, London into a 33 storey tower of student residences. The £42m development will provide 454 rooms of student accommodation over 147,000 m² with communal study areas, lounges, a cycle store and enhancements to public areas.

The site footprint is triangular and very small, measuring some 30m x 40m to give an overall footprint area of approximately 1000m². The eastern site boundary is the Network Rail masonry viaduct carrying mainline rails to and from London Waterloo. The site was underlain by between 1.6m to 3.5m of Made Ground and River Terrace Gravels over the London Clay Formation. The London Clay on site is underlain by the Lambeth Group, in which the site investigation recorded sub-artesian water pressures.

Due to the tight confines on site, a conventional piled solution was not appropriate. Pile loads were beyond the reach of CFA (Continuous Flight Auger) rigs and would have required piling into the Lambeth Group. Given the sub-artesian water pressures recorded in the Lambeth Group, a fluid/bentonite piling system would have been required that was not achievable without significant logistical and financial implications for the site.

CGL and Walsh, the structural engineers for the project, proposed a piled raft foundation bearing onto the River Terrace Gravels beneath the Made Ground. In order to achieve this, a 600mm diameter contiguous piled wall was constructed around the basement perimeter to allow the initial excavation to formation level. The contiguous wall was modelled to be fully load bearing and to combine with the 900mm diameter bearing piles installed beneath the piled raft to provide load bearing resistance for the proposed structure.

The piled raft system was analysed using PLAXIS 3D finite element (FE) analysis software to determine the distribution of pile loads and to assess the potential settlement of the structure. The settlement analysis was reported back to Walsh, and a parallel structural FE model was developed to design the raft reinforcement. Using the PLAXIS model to strategically locate the bearing piles, it was possible to reduce numbers of piles and restrict lengths to 25m allowing piles to remain within the London Clay.

Demonstrating the viability of the pile draft enabled the development to proceed. On the basis of the analysis, CGL provided contract design of the pile contiguous wall reinforcement. 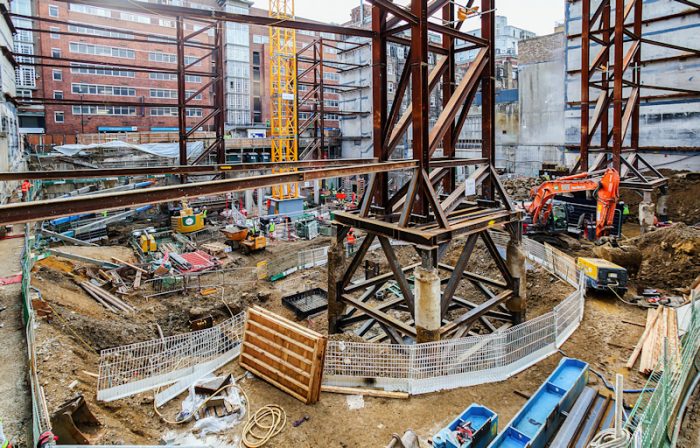 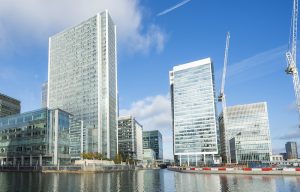 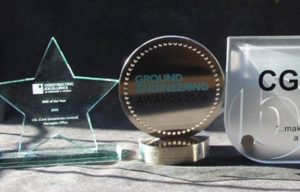