Price & Myers (on behalf of the Crown Estate) 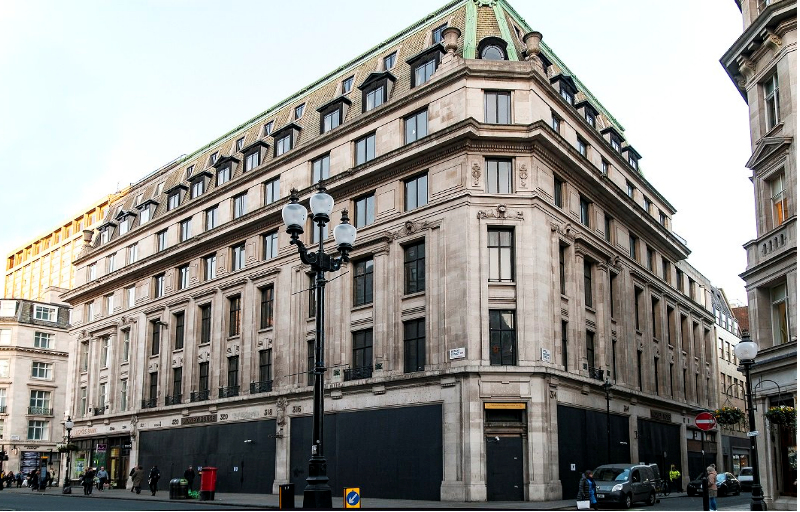 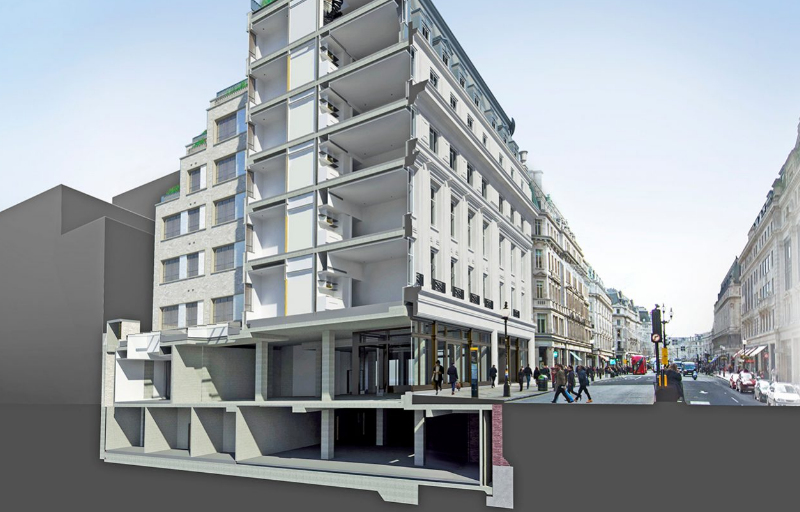 Morley House, a Grade II-listed building in the Regent Street conservation area in central London is being redeveloped from a combined retail and office space into a retail and residential building. The façade will be retained while the rest of the building will be redeveloped to provide 44 new residential apartments and larger retail units.

The current building is supported by pad foundations, some of which are above the London Underground (LUL) Victoria Line. The new building will have a basement at the same level as before, but the existing pad foundations will be replaced by a raft to support an increased load from the new structure.

CGL carried out an initial site investigation while tenants occupied the existing building, requiring careful co-ordination of operations to minimise disruption. CGL also carried out further site investigations once the site was vacated. Overall site investigation works involved 11 trial pits across the site to expose the pad foundations supporting the existing building and party wall foundations and three cable percussive (CP) boreholes in the basement using a cut down CP rig, between 10m below basement level (bbl) to 20mbbl. CGL obtained permissions from LUL to carry out the works and ensured that boreholes remained outside the exclusion zone of the Victoria line tunnel (i.e. at least 6m above).

The resulting factual and interpretative reports were used by CGL with the loading plan, dimensions and geometry of the proposed raft to inform a finite element analysis using PLAXIS 3D of Price & Myers’ proposed raft design.

The outputs of this work were a raft settlement analysis modelled in 3D with calculation of stresses at the formation level, plus localised bending moments and shear stresses in the proposed raft and cores.

CGL used P&M’s CAD drawings of the new structure to show the stresses, bending moments and shear forces in a format compatible with the design drawings for the new building, which demonstrated the increase in forces and bending moments in local areas (such as column locations).

CGL’s calculations of the maximum bending moments enabled a more efficient raft design to be undertaken. They also demonstrated the distribution of the load at formation level – important due to the LUL tunnel beneath the site. 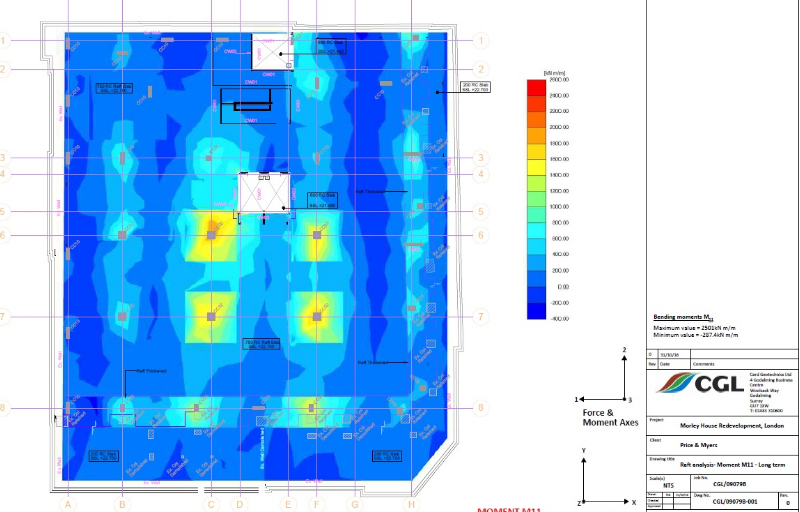