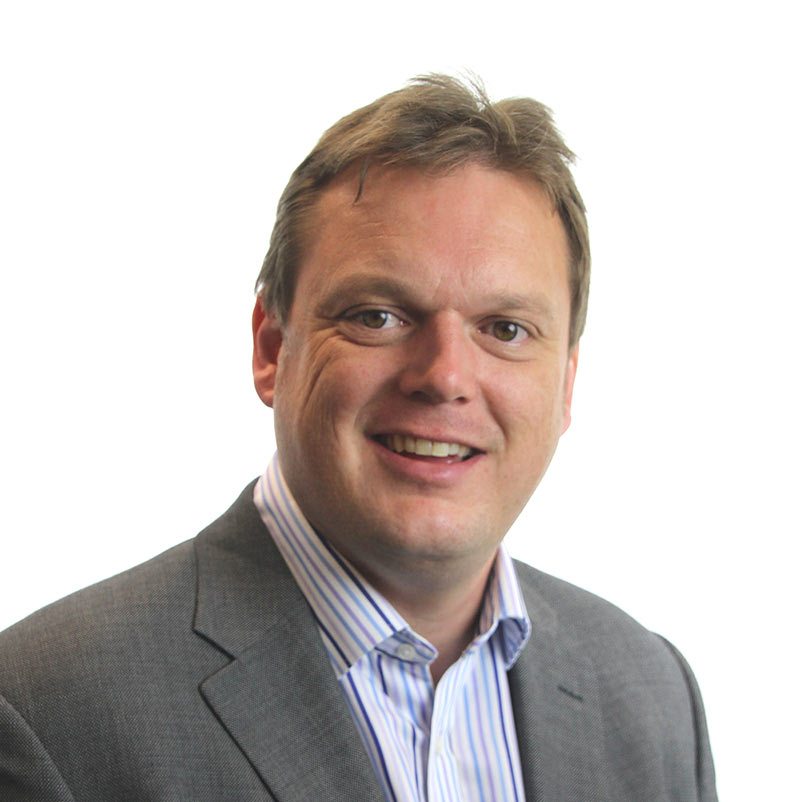 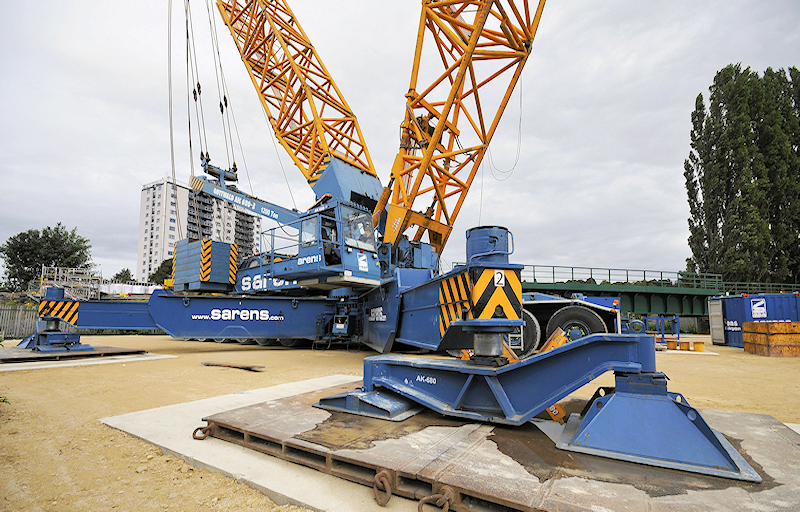 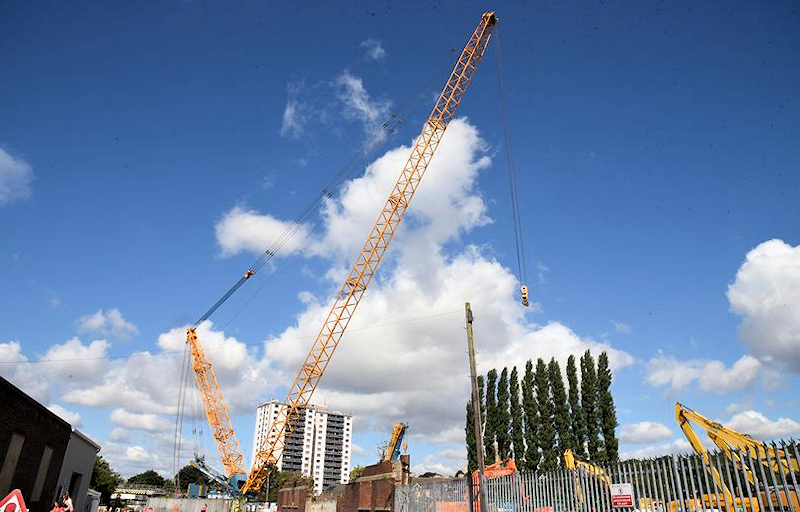 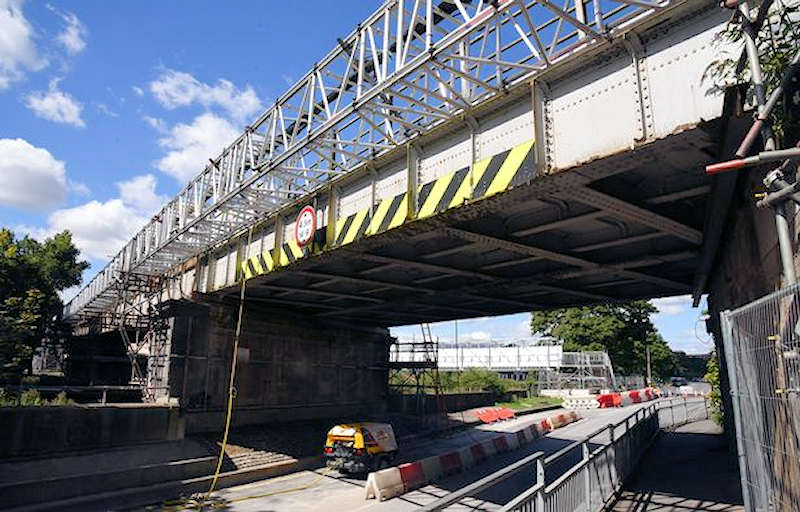 CGL was appointed by AMCO Rail to provide temporary works design support for its reconstruction of a four span rail bridge over the River Witham close to Lincoln city centre. The works were undertaken during a nine-day possession of the railway with AMCO upgrading the infrastructure on behalf of Network Rail.

The scheme involved removal and replacement of the existing bridge deck utilising one of the world’s largest (1200t) mobile cranes, operated from an adjacent site off Spa Road in Lincoln. CGL’s role was to identify a cost effective and safe way to provide temporary ground support for the 300t crane outrigger loads and the 600t counterweight.

The area where the crane was sited was underlain by thick deposits of peat and soft fine grained soils of very low strength. Bearing failure and settlement of the outrigger pads during the crane lift were clearly a substantial risk to the operation and a conventional approach using a reinforced granular mat would be insufficient.

CGL undertook a targeted ground investigation to derive specific parameters for the temporary works design. Various foundation options were assessed and the design and construction risks were identified in conjunction with AMCO. The outcome of this collaboration was the solution to use a series of groups of short piles designed for a limited time frame and to support both the outriggers of the mobile crane and the laying down platform for the counterweight.

The design undertaken by CGL allowed AMCO to complete enabling works with assurance of performance prior to possession of the railway, which helped to eliminate delays during the lift. As a result, the works were completed with little disruption to the local community and met the requirements of all stakeholders.

Thanks to our client AMCO Rail for providing this video of the whole project: