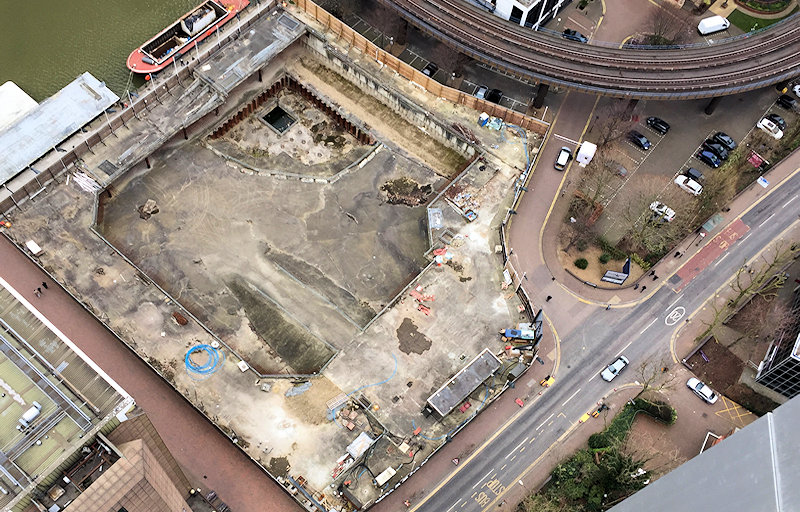 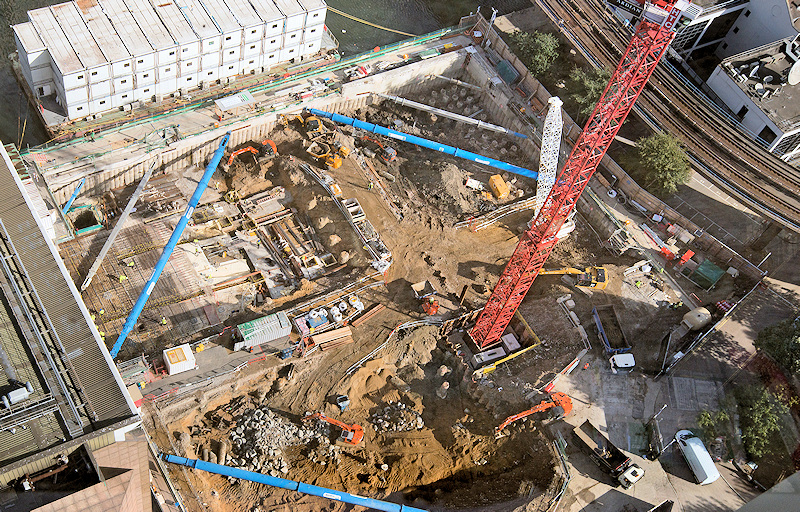 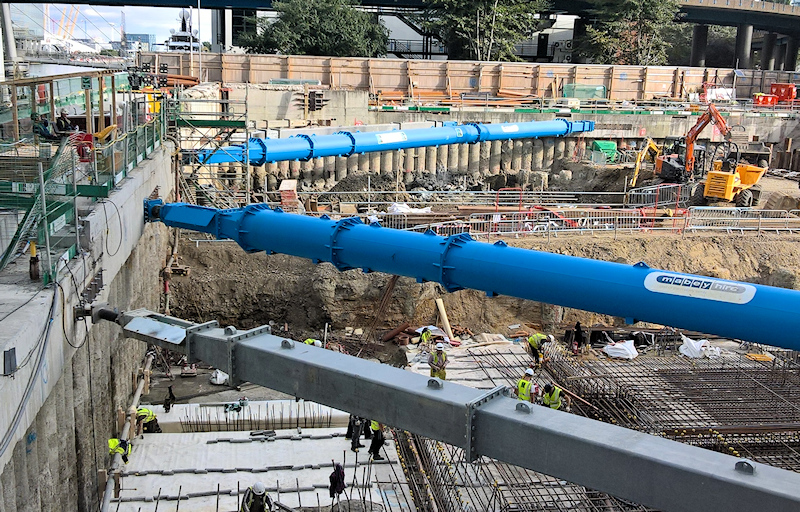 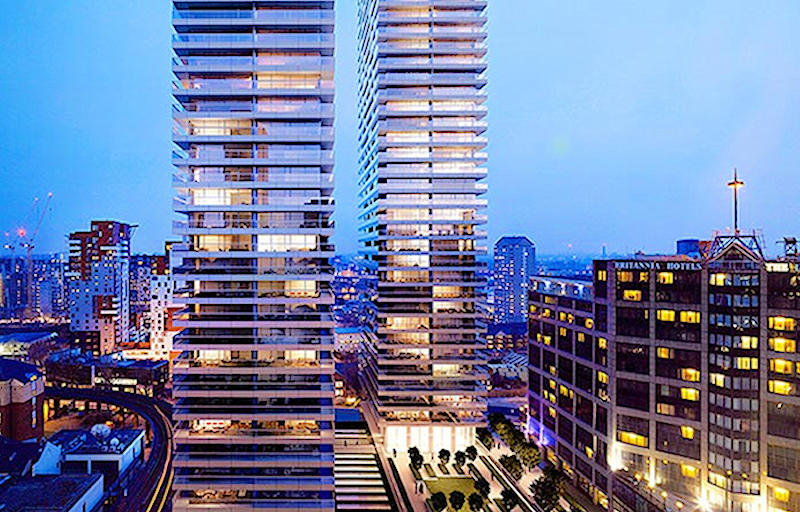 CGL first worked with this site in 1999 during preconstruction for the proposed Arrowhead Quay development for Ballymore Properties. This project would deliver a 26 storey, twin tower structure on a single storey basement immediately adjacent to Canary Wharf and the dock wall.

CGL carried out ground investigations but the project was stopped due to the financial crisis. By this time a single storey basement had been excavated with a perimeter secant wall.

Ballymore subsquently obtained permission for two towers at the site, 50 and 55 storeys high, with a significantly deeper basement. The new development was named Wardian London, and CGL was engaged by the substructure contractor O’Halloran & O’Brien to prepare temporary works designs.

CGL back analysed the wall piles for the original Arrowhead Quay basement excavations and made recommendations for the excavation of the deeper new basement with a suitable factor of safety. These recommendations included careful removal of some semi-permanent works added to stabilise the dock wall.

CGL made extensive use of WALLAP and CADS 3D analysis to predict wall movements and develop construction sequences for the new basement design. These took into account realistic back analysed soil parameters and hydrological studies based on measured movement history. With this information CGL prepared a wall stability analysis, derived an appropriate temporary works design and made the under-length piles work harder to support the permanent structure.

Geotechnical risks and constraints included a neighbouring water main and Docklands Light Railway viaduct. The potential for water ingress was a concern so CGL monitored the water regime and movement of the existing walls during excavation. Despite being a very complex structure, the actual data obtained during construction closely followed CGL’s predictions.

CGL defined a detailed monitoring strategy for the basement excavation to control risks within the various constraints identified. This included recommendations for relevant instrumentation, monitoring frequency/ programme, trigger levels, contingency measures and recommended procedures in the event of trigger levels being exceeded.