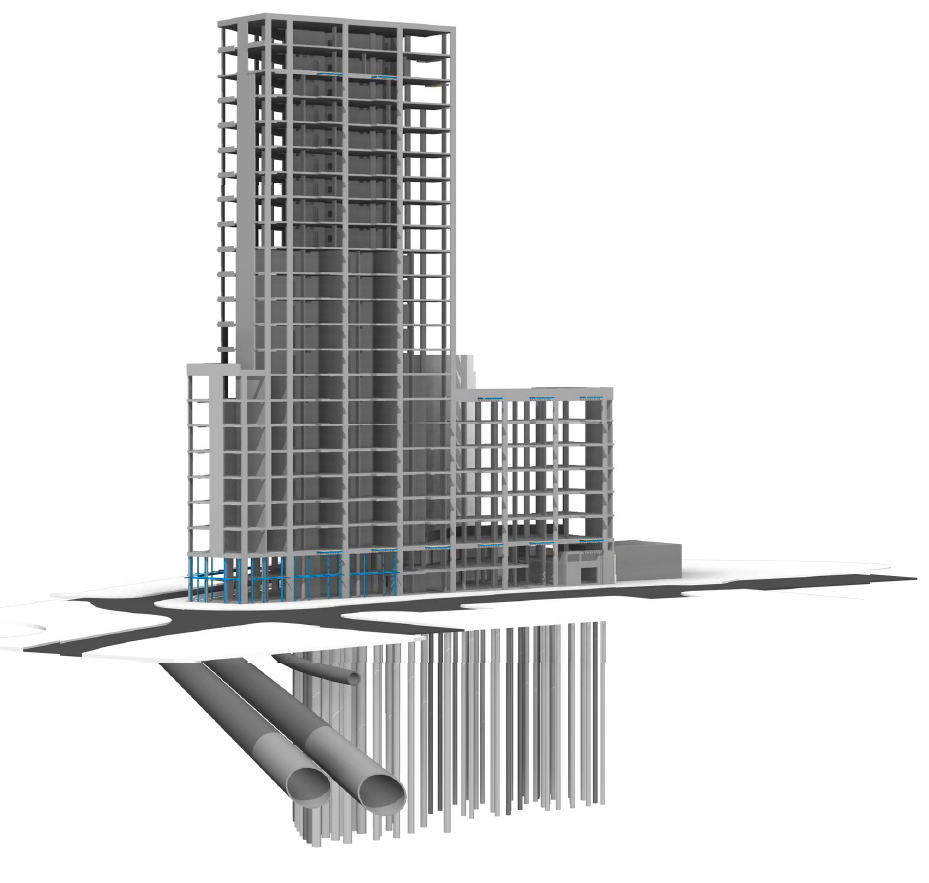 The redevelopment at Station Square, Tottenham by Micuber Estates will provide 128 residential units in a 22 storey building close to a redeveloped station at Tottenham Hale, North London. The building is located directly above London Underground (LUL) tunnels for the Victoria line and a Thames Water (TW) sewer.

The tower is designed to be founded on a combination of traditional pile caps, a piled raft and part ground bearing raft. Due to the piling exclusion zone around the LUL tunnels and TW sewer, a ground bearing raft is to be constructed in this area, with the superstructure designed to cantilever over the tunnels.

CGL was appointed by Kier Construction to carry out the ground investigation, which comprised boreholes up to 50m deep to prove the depth to the top of the chalk underlying the site.

The original scheme by the structural engineer Heyne Tillett Steel (HTS) included >40m deep piles to support the proposed structure, founding in the Thanet Sand and sleeved in the vicinity of the LUL and TW tunnels.

Following the site investigation, CGL worked closely with HTS to develop the substructure design and was able to reduce the proposed pile length from >40m to 30m, toeing in the granular Lambeth Group. This brought considerable cost savings to the project as well as enhancing the sustainability of the scheme.

CGL then undertook a ground movement and impact assessment using PLAXIS 3D FEM to assess the impact of the proposed development on the underlying LUL tunnels and TW sewer, as well as six other TW assets that were within the zone of influence of the proposed building.

Through the use of advanced finite element modelling CGL was able to omit the requirement for the piles to be sleeved, demonstrate that the proposed works would not adversely impact the surrounding assets, and successfully secure acceptance of the proposed scheme from both LUL and TW.