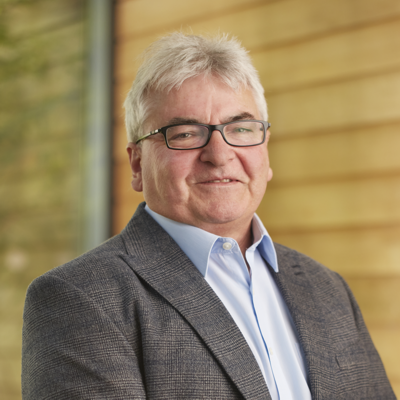 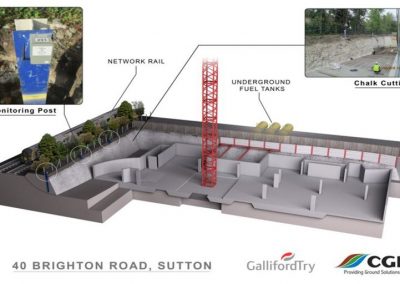 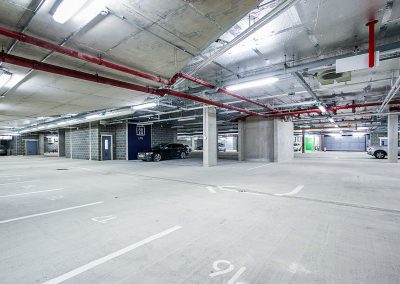 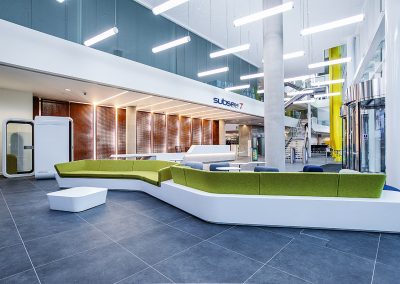 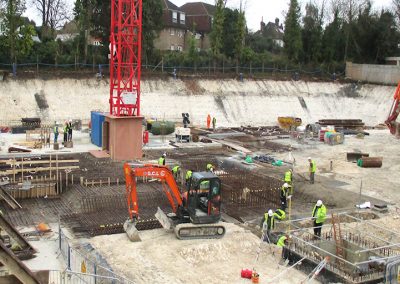 The project was for construction of a high-tech HQ office in Sutton, Surrey for offshore engineers Subsea 7. The 14,000m² office will accommodate Subsea 7’s London operation.

Following successes using Observational Methods in chalk at Guildford and Dorchester, a pragmatic approach was adopted for a cost saving combination of open cut excavation and King Posts with robust monitoring controls, as opposed to a contiguous pile wall solution.

The catalyst for these design changes was CGL’s supplementary site investigation around the basement perimeter and our focus on understanding realistic geotechnical design parameters, hydrology and predicted ground movement modelling in structured chalk.

The main achievement of the project was delivery of a substantial basement (5m deep and 20,000m³ volume) alongside the railway that involved only minimal temporary works on three sides with none at the Network Rail boundary, which benefited from observational methods backed by robust monitoring.

CGL used ground modelling software including WALLUP, GWALL, FLAC Slope and PDISP to justify the proposed scheme and efficiencies in both temporary and permanent works.

The robust monitoring scheme paid dividends in providing reliable data to justify efficiencies in design. An example of this was the back analysis of King Post deflections to justify early prop removal ahead of constructing the ground floor slab.

NRSW Asset Protection were so impressed that it adopted the model for monitoring controls used in this project as a benchmark for other contractors’ works.

Ground Engineering magazine awarded CGL and Galliford Try the industry award for Best UK Project with a Geotechnical Value between £1-3m for this project. 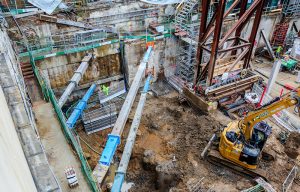 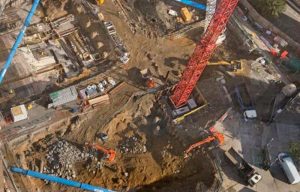 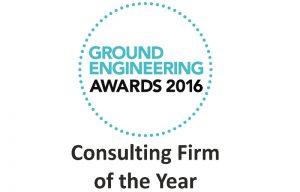